This is a 12 days 11 nights tour from Johannesburg to Durban. For the active traveler looking to see beautiful scenic views & enjoy wildlife experience.This is a very fascinating and humdinger tour to enjoy in a life time

Pretoria is the administrative capital of South Africa and has a population capacity of +/- 750 000 people. It straddles the Apies River and has spread eastwards into the foothills of the Magaliesberg mountains. It is one of the country's three capital cities, serving as the seat of the administrative branch of government, and of foreign embassies to South Africa. Overnight in hotel(3 star or equivalent) in Johannesburg Bed and Breakfast

We visit Soweto, Soweto is a township of the City of Johannesburg Metropolitan Municipality in Gauteng, South Africa, bordering the city's mining belt in the south and has a population of 1.2 million people. Its name is an English syllabic abbreviation for South Western Townships. We will explore Gold Reef City, which was created around the authentic 19th century gold mine. Gold Reef City theme park has an abundance of history, and sightseeing and includes a visit to the mine shafts and the apartheid museum. We visit Sandton Square a 5 Star shopping destination in South Africa. One of the main attractions in Sandton is Sandton City, which ranks among the largest shopping centres in Africa. The completion of this precinct by the Liberty Group was the catalyst for the subsequent development of this entire area. Together with Nelson Mandela Square, the centre, with some 144,000 m2 of shopping space, is one of the largest in the Southern Hemisphere (behind Chadstone Shopping Centre).The trip will end in the afternoon. Overnight in hotel(3 star or equivalent) in Johannesburg. Bed and Breakfast

After breakfast in Johannesburg hotel we will check out and drive to Panorama Route (Mpumalanga) to enjoy the scenic delights of Mpumalanga's 'Panorama Route'. The day's highlights include Pilgrim's Rest, the old mining village where gold was first discovered, glorious God's Window, a boundless view of forested mountains and fertile plains, and a visit to the spectacular Blyde River Canyon, one of the natural wonders of Africa. Overnight at The Royal Hotel (3 Star), Bed and Breakfast

We wake up early and go on a sunrise 3 hour open vehicle game drive in search; for the impassive variety of wildlife that’s in the Kruger National Park. This enormous and magnificent park is one of the most popular public-entry game parks in the world. Its density of permanent game is unrivalled with hundreds of different species; 507 birds, 336 trees, 147 mammals, 114 reptiles, 49 fish and 34 amphibians. We return to the Camp by mid-afternoon relax, have lunch and later go for the sunset 3 hour game drive with open game viewing vehicles with the South Africa National Parks authorities. Protea Kruger Gate (3 Star) or equivalent Bed and Breakfast

After breakfast we will check out and drive to Maputo (Mozambique)

Maputo, capital of East Africa’s Mozambique, is an Indian Ocean port with preserved Portuguese colonial architecture. Many turn-of-the-century buildings are in the downtown jacaranda-lined Baixa neighborhood. The bronze-domed CFM Maputo Railway Station, for example, was completed in 1916. The Baixa also has an expansive Municipal Market. The neoclassical City Hall is in the nearby Praça da Independência square.

After breakfast in Maputo (Mozambique) we check out and drive to Eswatini (Swaziland), we enter Eswatini (Swaziland) at Golela Border gate (passport required) drive through the magnificent landscapes of Swaziland a tiny Kingdom of a former British Protection Territory, now ruled by King Mswati III. Enjoy a Swazi cultural experience, arrive at Hlane National Park by afternoon. Check in at our very rustic camp and rest of the afternoon at your Leisure Overnight Hlane Rustic Lodge (3 Star) or Mlilwane Camp (3 Star) Bed and Breakfast

After breakfast in Eswatini (Swaziland) we will check out and drive through Swaziland border in to KwaZulu Natal, South Africa to Zululand (Emdoneni) to spend the night and visit Emdoneni Wildcat Sanctuary

Emdoneni Wild Cat Project offers a guided tour about South Africa’s endangered wild cat species. The aim of the Emdoneni Cat Project is to care for the various wild cat species which have been orphaned or injured in the wild and need care and rehabilitation. Emdoneni’s guided tour offers visitors a unique and exciting opportunity to literally see magnificent cat species. There are four species of wild cats at Emdoneni; African Wildcat, Caracal, Cheetah and Serval. This once in a lifetime opportunity can be enjoyed whilst being educated on a tour. This activity is very popular! Overnight Emdoneni Lodge/Bushlands or DumaZulu Cultural Village (3 Star) Bed and Breakfast

We depart from Emdoneni Lodge for an early drive through a scenic route to St Lucia (isimangaliso) a UNESCO World Heritage Site, enjoy a 2 hour estuary cruise to see Hippos and Crocodiles and a huge variety of birdlife and after the boat ride we drive to Umhlanga / Durban and spend the night there. Umhlanga is an affluent residential, commercial and resort town north of Durban on the coast of KwaZulu-Natal, South Africa. It is part of the eThekwini Metropolitan Municipality, created in 2000, which includes the greater Durban area. The name means "place of reeds" in the Zulu language, and the correct pronunciation of "hl" in Umhlanga is similar to the Welsh "ll". It is bordered by Durban North to the south and Mt Edgecombe to the west.Overnight Holiday Inn Express Umhlanga (3 Star) or equivalent Bed and Breakfast

DATES: All year round

One of our most popular tours! The Sani Pass Lesotho 4x4 tour leaves from Durban and stops at the capital of KwaZulu-Natal, Pietermaritzburg. Your guide will give you a short tour of the city and visit Mahatma Gandhi’s statue by Pietermaritzburg City Hall. Afterwards the tour moves towards the Drakensberg Mountains and up to the Sani Pass in Lesotho. Passport required and VISA’s if needed.

The Sani Pass is a 33km gravel road that straddles the sheer cliffs of the Drakensberg escarpment in a series of tight Zig Zag curves. The route begins at the Sani Pass Hotel which is 1566m above sea level. You will be travelling in 4×4 upwards along the narrow road crossing the South African / Lesotho border post which is 1968m above sea level. On route the landscape of KwaZulu-Natal opens-up displaying spectacular views of rolling hills and vast skies.

At the top of Sani Pass, at a height of 3240 metres / 9900 feet is the “Highest Pub in Africa” where you will be given time to enjoy a warm pub meal. You tour guide will take you to a local’s home near the pub to introduce you to a Basotho people in a local village. There you will see how the Basotho people of Lesotho live. Thereafter you will make your way down Sani’s Pass and cross the border back into South Africa and head back to Durban.

The tour departs from Durban to the ‘Valley of 1000 Hills’ to experience traditional Zulu culture at PheZulu Cultural Village and Reptile Park. Visitors are taken into a traditional Zulu homestead to experience what traditional Zulu life was like before the modern era. Inside a traditional Zulu homestead there are thatched huts placed in a circular position, with the cattle placed in the centre as a form of protection. At PheZulu’s ‘Sibaya’ or homestead the thatched huts are surrounding the auditorium which faces the beautiful ‘Valley of 1000 Hills’. The local PheZulu guide will take you on a guided tour of the PheZulu sibaya and describe Zulu cultural practices to gain insight into Zulu traditions during the 1800’s. The local Zulu dancing show is educating and entertaining with the local performers singing beautiful traditional Zulu songs and dancing energetically. The performers wear their traditional Zulu attire, showing off their dancing and singing skills with rhythmic agility and pride.

Included in PheZulu is the Reptile Park where guests enjoy a guided tour by a local PheZulu Reptile park guide. The local guides are very knowledgeable and eager to take you around the park and share interesting facts about the animals in the park. PheZulu Reptile Park has diverse reptilian wildlife on site which include crocodiles, alligators, snakes, tortoises, spiders and iguanas. The local PheZulu guide will let you touch or hold some of the animals including a small crocodile and the giant Burmese python, just long enough to take a photo.

Next stop we drive to the capital city of KwaZulu Natal, Pietermaritzburg. Your guide will give you a short tour of the city and visit Mahatma Gandhi’s statue by Pietermaritzburg City Hall.

Next is the Nelson Mandela Capture Site Statue and Apartheid Museum. The Capture Site boasts a large sculpture of Nelson Mandela made up of multiply steel columns which stand between 6 and 9 metres tall. Tourists at the Capture Site are required to stand 35 meters away from the large Nelson Mandela bust for it to come into clear focus. Facing west the impressive sculpture creates a uniquely beautiful landscape for the local Howick community. The museum is dedicated to Nelson Mandela’s life and his struggle against Apartheid government. Overnight Holiday Inn Express Umhlanga (3 Star) or equivalent Bed and Breakfast

Durban, a coastal city in eastern South Africa’s KwaZulu-Natal province, is known for its African, Indian and colonial influences.The seafront promenade runs from uShaka Marine World, a huge theme park with an aquarium, to the futuristic Moses Mabhida Stadium. The Durban Botanical Gardens showcases African plant species. Durban (Zulu: eThekwini, from itheku meaning "bay/lagoon") is the third most populous city in South Africa after Johannesburg and Cape Town and the largest city in the South African province of KwaZulu-Natal. Located on the east coast of South Africa, Durban is the busiest port in the country. It is also one of the major centres of tourism because of the city's warm subtropical climate and extensive beaches. Durban forms part of the eThekwini Metropolitan Municipality, which includes neighboring towns and has a population of about 3.44 million,[7] making the combined municipality one of the biggest cities on the Indian Ocean coast of the African continent. It is also the second most important manufacturing hub in South Africa after Johannesburg 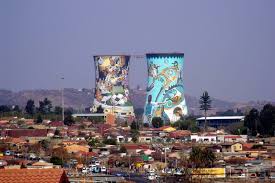 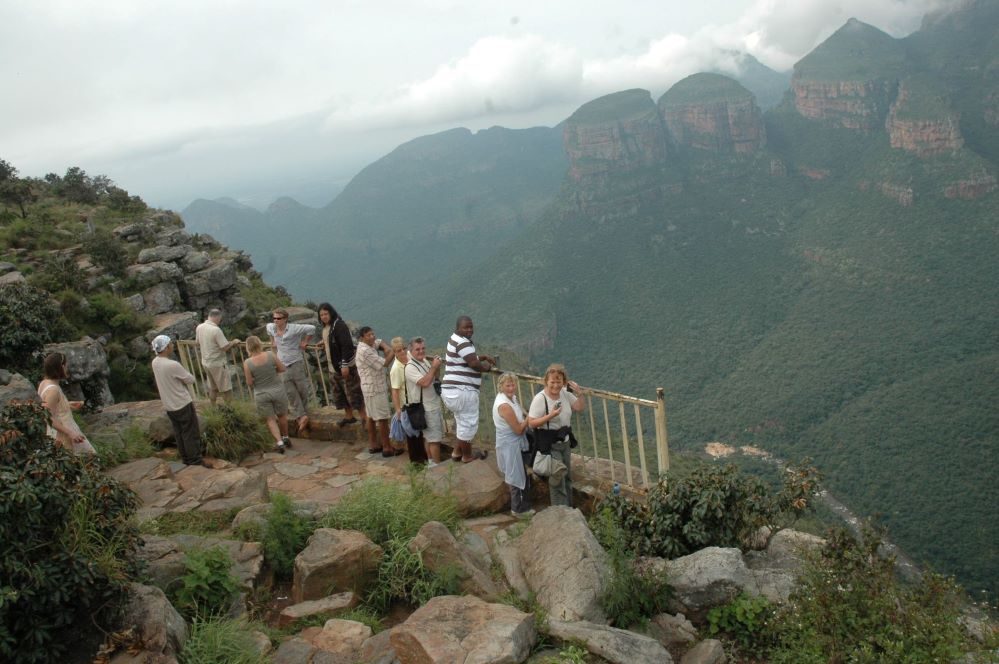 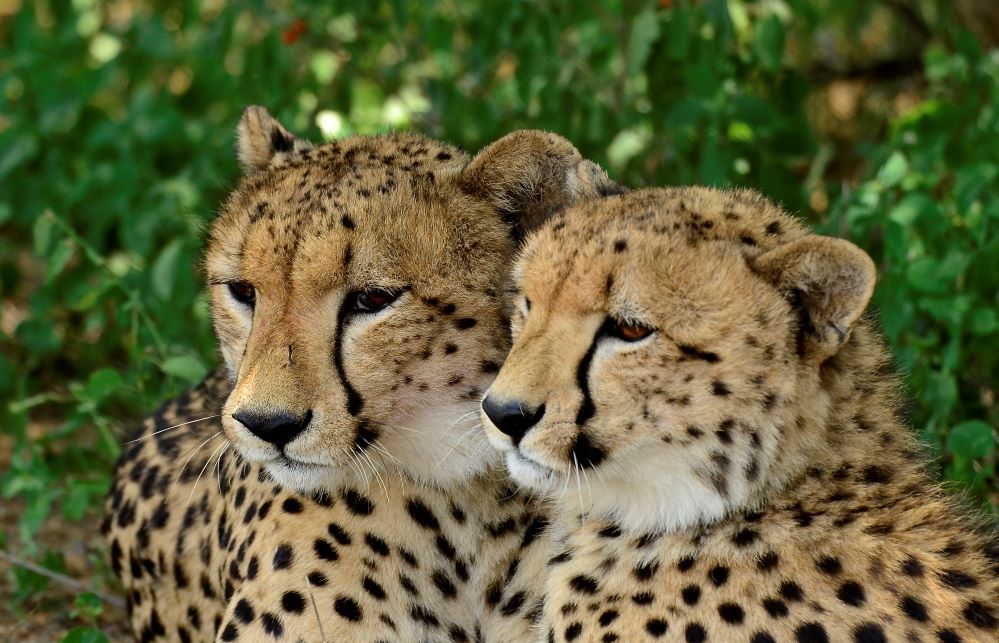 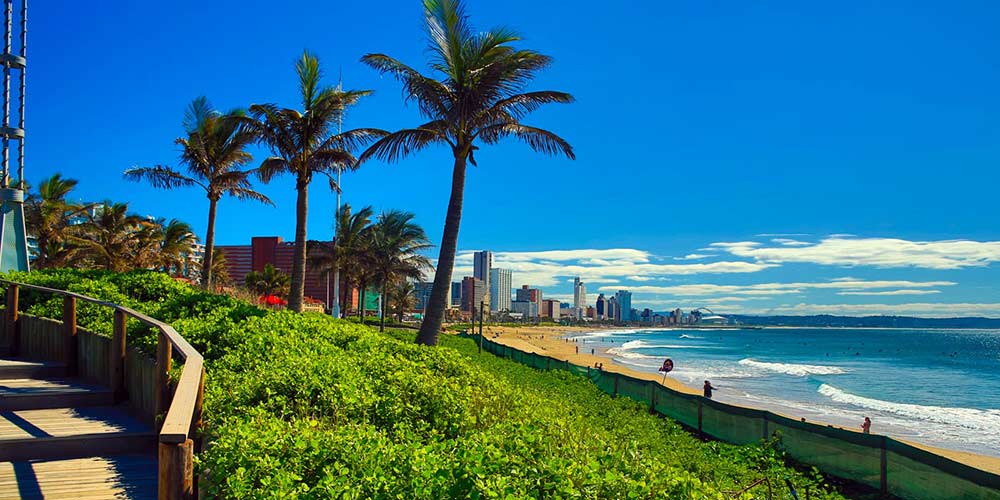 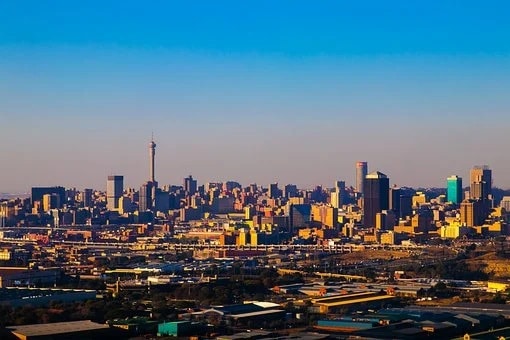 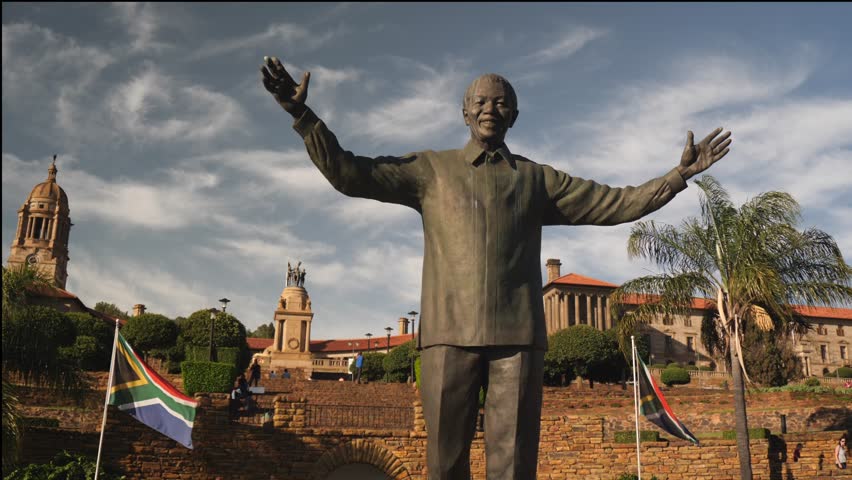 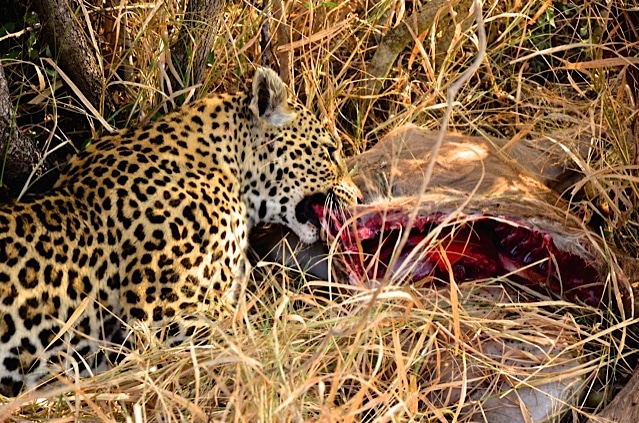 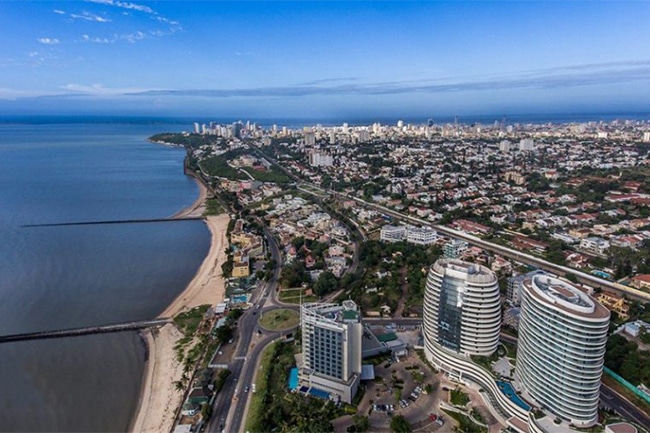 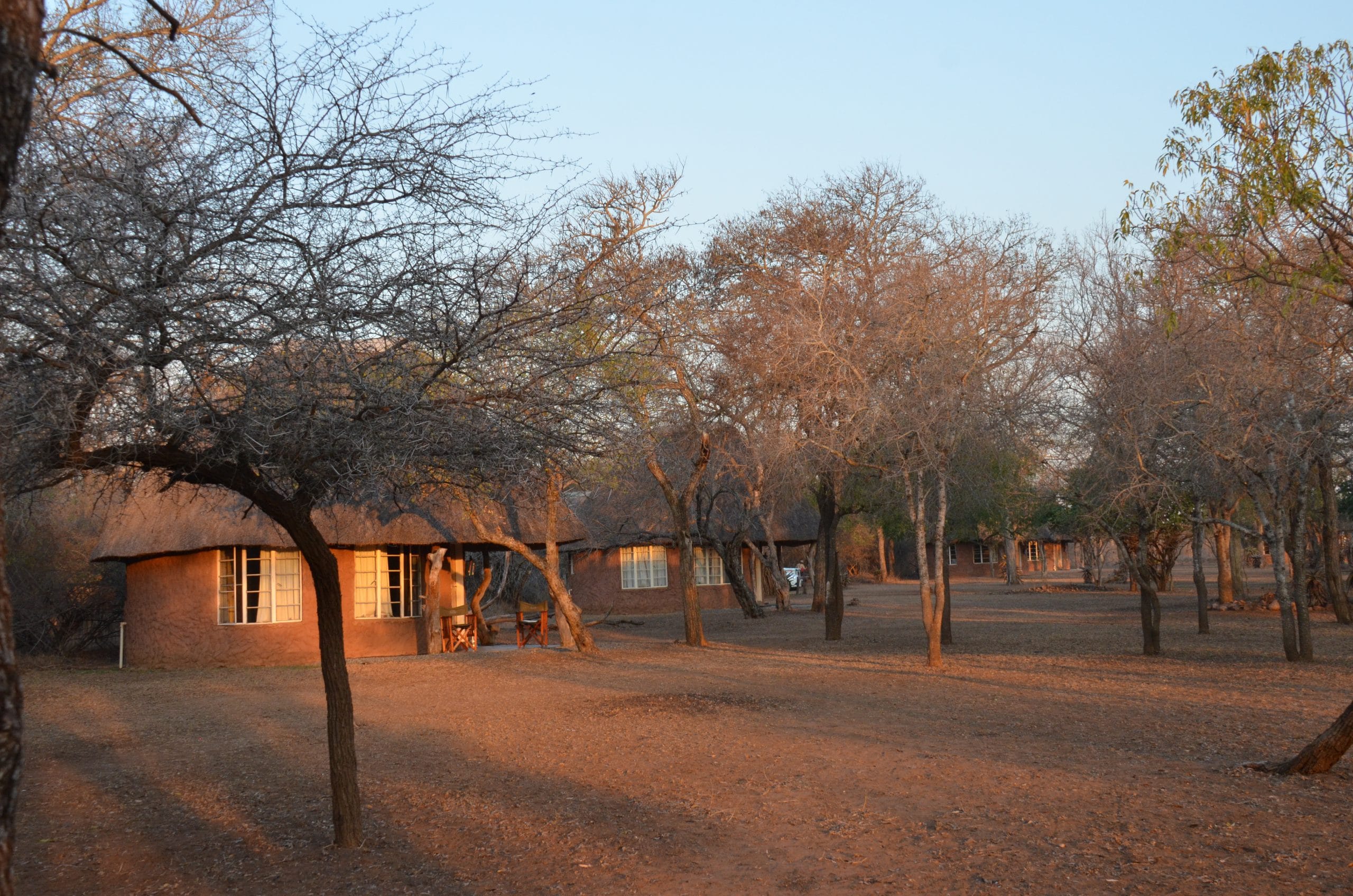 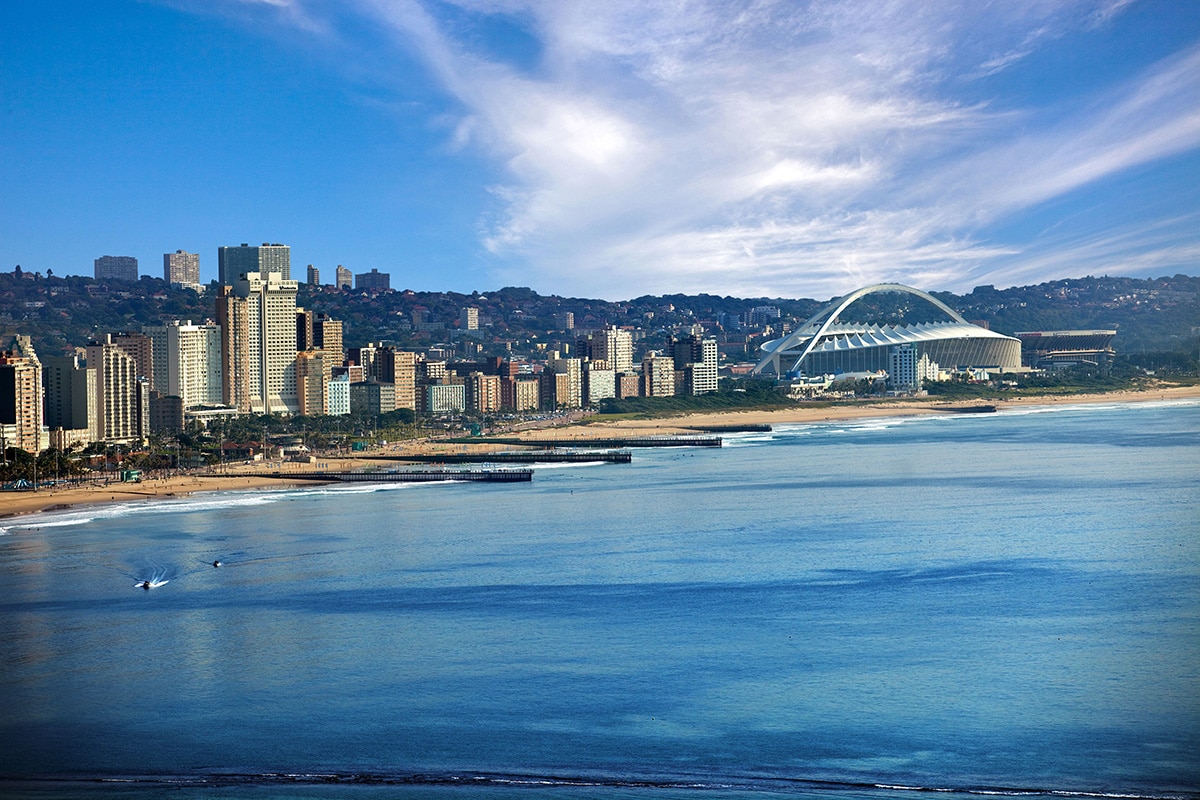 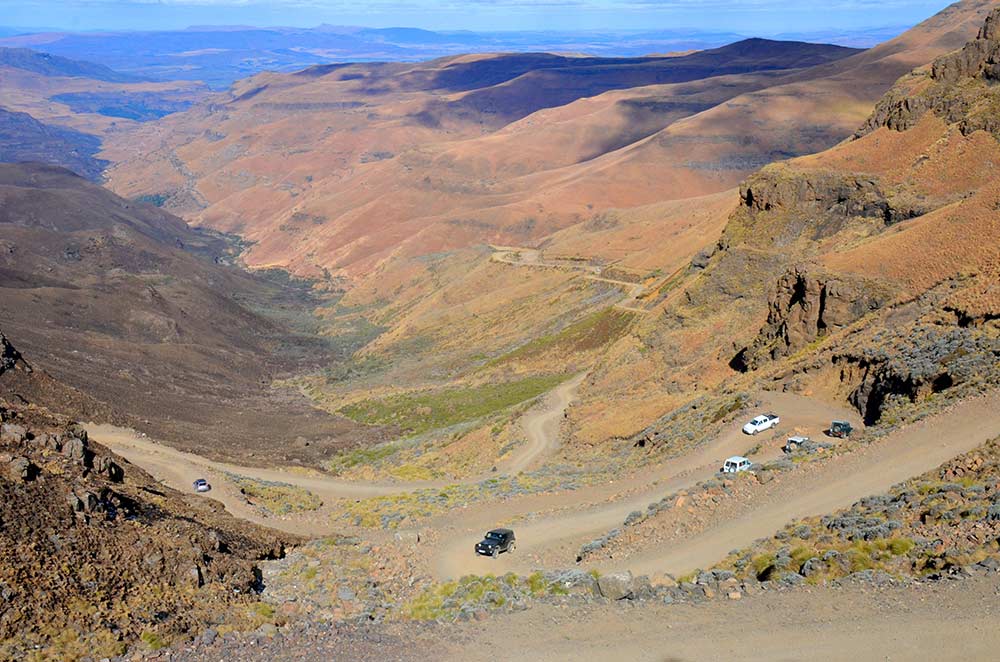